To remove a range of unwanted impurities—including DNA, endotoxins, host cell proteins (HCPs), and protein aggregates—biopharmaceutical manufacturers use IEX. This technology is “considered a key purification tool used across many biopharmaceutical manufacturing processes,” says Darren Verlenden, head of bioprocessing at MilliporeSigma. As an example, he points out that biomanufacturers use anion-exchange chromatography to remove viral components when producing monoclonal antibodies.

For various analytical steps in making biopharmaceuticals, scientists can select IC. Wai-Chi Man, product marketing manager for ion chromatography and sample preparation at Thermo Fisher Scientific, notes that “recent improvements and innovations in ion chromatography technology allow it to be used in biopharma to gain a better understanding to profile biopharmaceuticals, the processes, any degradations and impurities, and to assess stability.” She adds that IC can be used to analyze a range of biopharmaceutical components, including anions, organic acids, cations, amines, amino acids, sialic acids, sugar phosphates, as well as mono-, di-, and oligosaccharides—all without derivatization.

In addition, IC makes a good choice for quality control. As an example, John Ferencz, project lead, trace element and contaminant analysis at Avomeen, says, “IC can be used for characterization and batch-release testing of cell-culture media and fermentation broths.”

Let’s explore some of the specific advances in IEX and IC that help manufacturers produce better medicines.

Like other chromatographic approaches, scientists using IEX must overcome a sample’s matrix to get useful results. “Due to differences in matrices between materials and products, methods often need to be specifically developed to fit the need of the client,” Ferencz explains. “There is no catch-all method that works for every matrix and sample.”

Other steps in IEX can also pose challenges. One that Verlenden points out is the cation-exchange step that removes product-related aggregate. Usually, this step requires lots of buffer and high-salt conditions during elution. As a result, the buffer must be diluted or exchanged for subsequent processes. “A more efficient purification strategy is to operate the cation-exchange step in a product flow-through mode, rather than bind and elute mode,” Verlenden explains. “Recent advances in frontal-displacement chromatography have enabled aggregate clearance in a product flow-through mode at low conductivity,” he adds. Consequently, product mass loading can go up by five to 10 times, which increases a column’s productivity. This improved approach also offers other benefits. In continuous or linked processing applications, Verlenden notes, “a flow-through cation-exchange step can be easily integrated with other purification steps without conductivity adjustment or dilution.”

Beyond the problem-solving solutions noted here, even more advances make IEX increasingly approachable and applicable. “As biopharmaceutical manufacturing evolves to more connected and continuous processing, process optimization will need to consider not only a single processing step, but also the preceding and following operations,” Verlenden explains. Looking across bioprocessing, he and his colleagues connected various techniques, including activated carbon to reduce turbidity, anion-exchange chromatography to remove impurities, and filtering out viral components. This collection of technologies produces a range of improvements. As an example, Verlenden says, “ion exchange and virus-filtration capacities are improved while reducing the number and volume of buffers.”

Many technological advances improve the performance and applicability of IC systems. One example comes from using high-pressure polyetheretherketone, which is a plastic known as PEEK. Today’s components composed of PEEK can be used with higher pressures and smaller particles, which provides better resolution. Innovative technology involved in packing the columns also produces more consistency, which is necessary for reproducible results.

Other key advances are the many electrolytic devices on an IC system to produce cleaner eluent, which can even be produced online electrolytically in some systems. An electrolytic continuous trap column can be added to further remove ionic impurities from the eluent. One of the key electrolytic devices is a suppressor that reduces the background conductivity to almost zero conductance. This is commonly used in ion chromatography-mass spectrometry (IC-MS) where the hydroxide eluent is suppressed before entering into the stainless-steel components of a mass spectrometer. As Man explains, a “software-controlled suppressor or neutralizer can be used to convert the eluent to the ultra-low background of water.”

A modern IC system should also allow what’s known as dilute-and-shoot sample preparation. “If there’s particulates or lots of protein, you might want to get rid of that,” Man notes. Otherwise, diluting a sample with deionized water is usually all that’s needed before injecting into an IC.

Enhancing the analytical capabilities of IC also matters. By combining high-pressure IC systems, preconcentrators, and capillary columns, Ferencz explains, this technology can detect trace analytes in the parts-per-billion and parts-per-trillion range, which he says was “previously unheard of in IC.” This, he says, will allow “IC to act as a specialty tool to solve unique analytical problems.”

Scientists can combine different forms of ion-related technology to enhance biopharmaceutical processes in many ways that produce new results. As an example, scientists at Merck combined cation-exchange chromatography with MS to analyze therapeutic monoclonal antibodies. They reported that this technology allowed them—for the first time—to directly visualize molecular changes in intact monoclonal antibodies.

From filtering to analysis, ion-related technologies benefit the production of biopharmaceuticals in many ways. As the medical industry evolves, though, so must IEX and IC, because future applications of ion-based technologies must fit as seamlessly as possible in a bioprocess line. As Verlenden describes it: “Downstream processing will continue to be improved by holistic thinking across unit operations rather than in isolation.”

For additional resources on ion chromatography, including useful articles and a list of manufacturers, visit www.athing2share.com/ion-chromatography 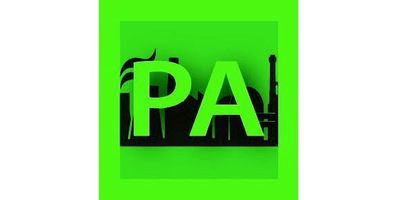 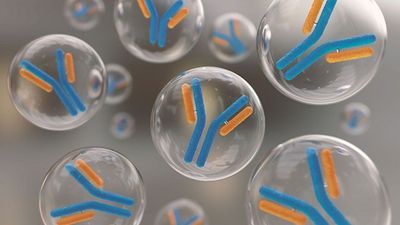 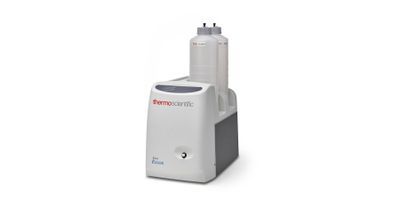 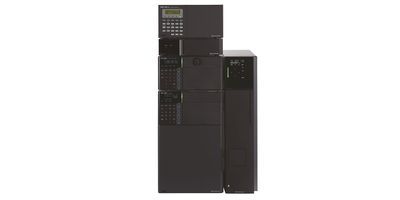 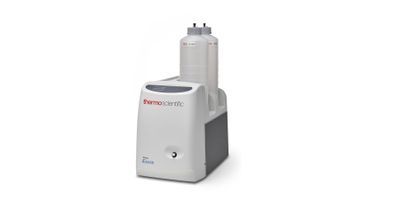 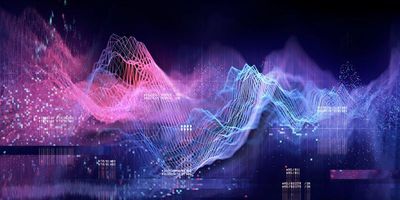