Q: Why is temperature control so important for laser applications? 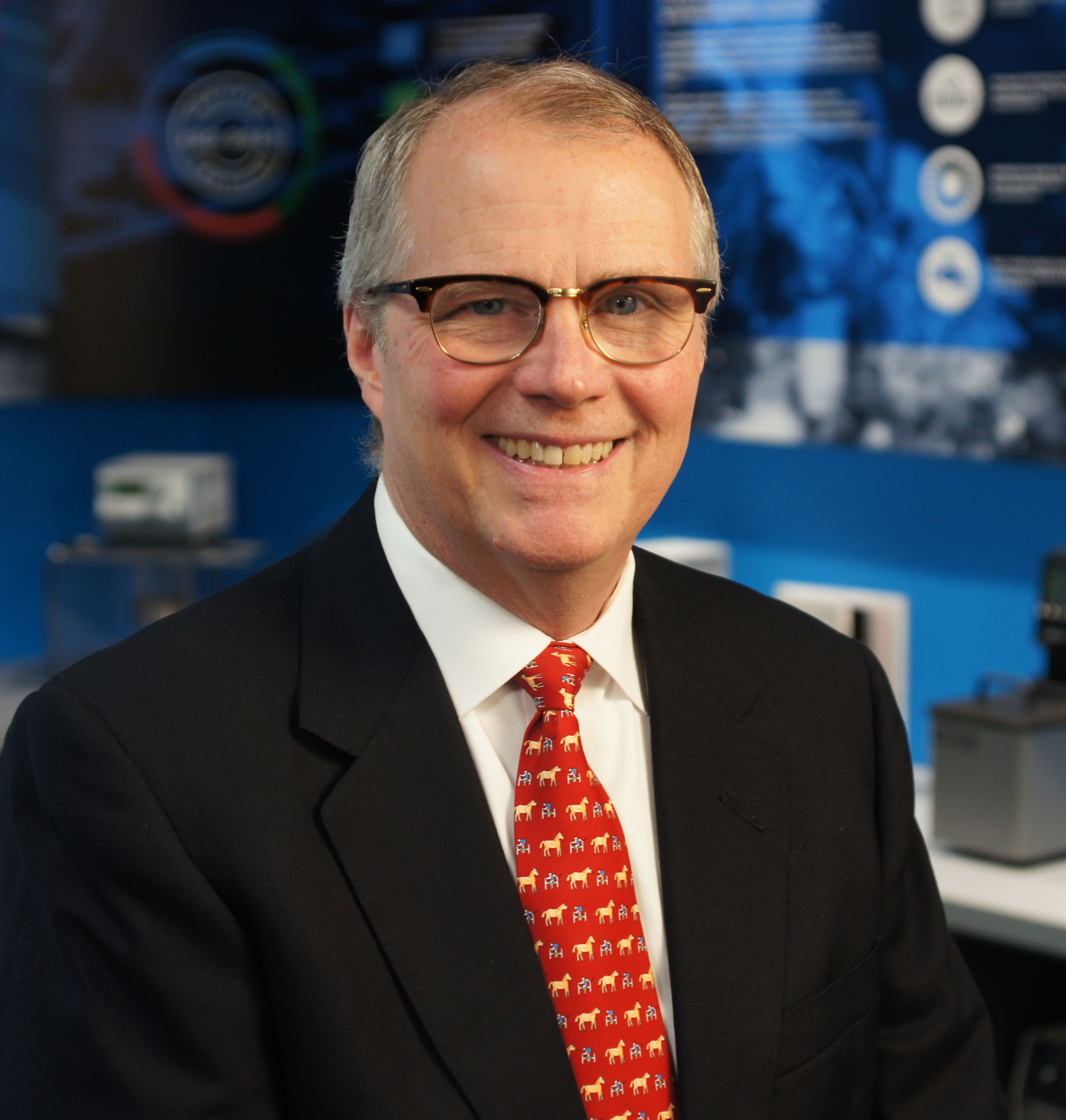 A: Carbon dioxide (CO2) and solid-state lasers require fluid cooling to function. Without adequate cooling from a quality chiller, power stability and lasing precision suffer. “Lasers are inherently generating heat energy, and the chillers we provide are absolutely essential to extracting the heat,” explains Philip Preston, president of PolyScience. “Precise temperature control is also essential for consistent results and good reliability of your system. It’s absolutely essential in the DuraChill® system that we maintain the highest level of quality because customers are purchasing a laser system that requires it to be operational all day, making parts.”

Temperature control is also essential for increasing the laser’s lifespan. “There are electronics inside the laser, and they run more efficiently when they’re cooled,” explains Derek Kern, president of Kern Laser Systems. “If they’re overheating, they will not last as long. A good waterflow through the chiller prolongs the life of the electronics inside the laser and keeps the machines up and running.”

Q: How does a poor-quality chiller affect laser applications?

A: A poor-quality chiller may fail to warm the laser to the operational temperature, and fail to remove heat once thermal equilibrium is reached. Adequate heat removal is essential, as only a portion of the laser’s electrical input converts to light energy. The rest becomes waste heat in the gain medium or power supply, and causes thermal expansion. When mechanical components expand, contort, or move, the integrity of the laser is compromised, and the beam itself can change.

“The chiller is very important for a laser system because you need a consistent water temperature, otherwise the laser power will actually fluctuate when you’re lasering, when you’re engraving, or cutting, and that will show up in the material you’re working on,” explains Derek.

Q: How does PolyScience address the challenges customers face with chillers to develop an innovative solution?

A: “We try to bring innovation to the product, by looking at the customer’s needs and service history,” says Philip. “We’re constantly listening to our customers to see what we need to do to make a better product for them.” For example, “someone who has to stand next to a chiller all day may find the noise to be objectionable. So, we worked for years to develop our WhisperCool® Noise Reduction System,” he explains. “One of our new innovations is the self-test system, since the customer doesn’t have the tools available to test if a chiller is extracting heat or controlling temperature precisely. We developed and patented a system in which a customer can now just push a button and the chiller will run a temperature profile, and those results indicate whether the chiller is working properly or not.”

The DuraChill® design also focuses on ISO standards. “Everything about the DuraChill® design was really tied to our core values and our ISO 14001 certification in that we wanted to reduce the refrigerant volume significantly and therefore reduce the global warming potential of these chillers to the absolute minimum necessary,” explains Philip. “We’ve also built these units for the future migration to even lower global warming potential refrigerant gases that are soon to be available,” he adds. 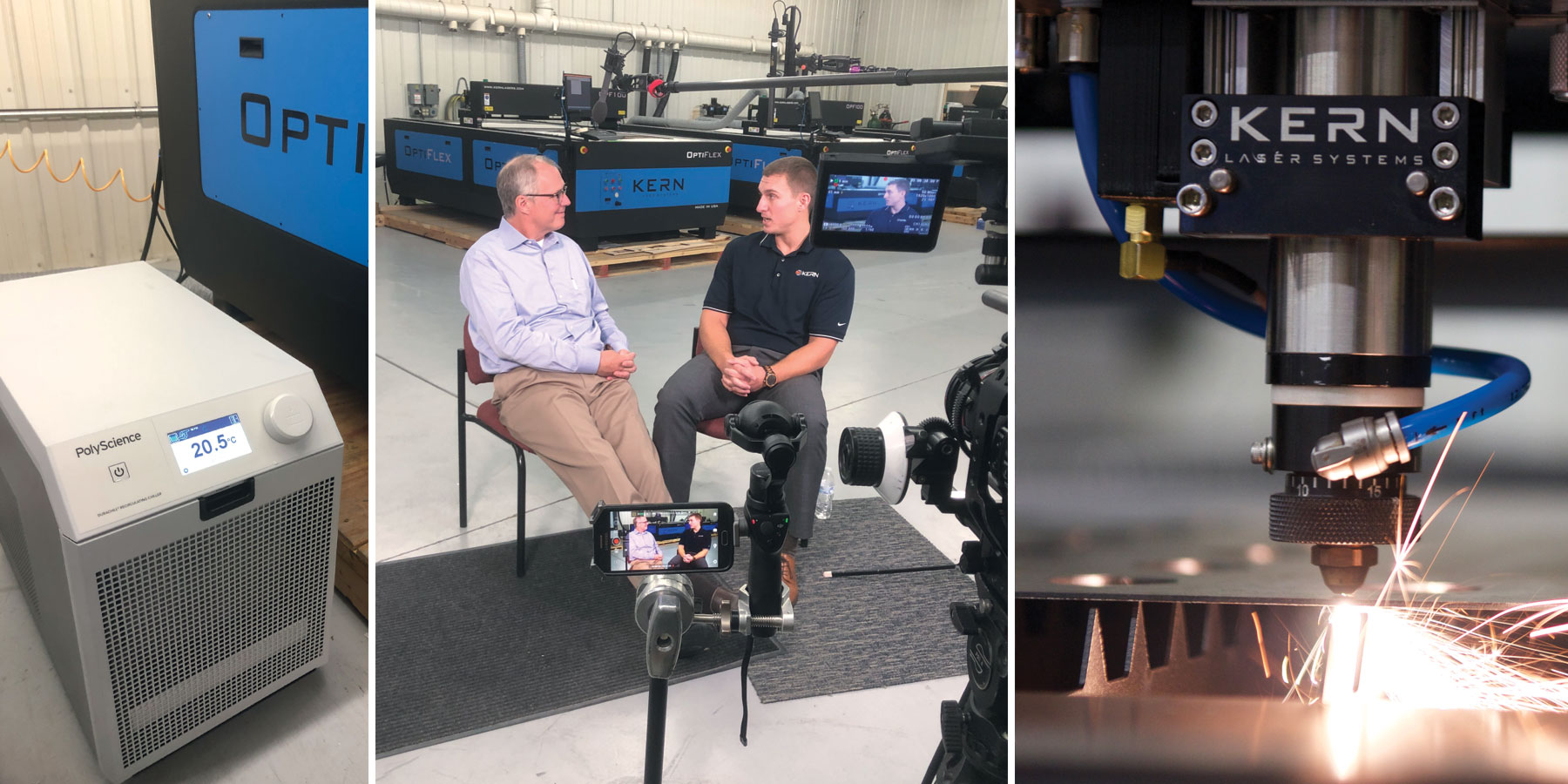 It is also important not to lose sight of cost throughout the development process. “It’s not just an engineer’s dream of everything we can put in,” Philip explains. “The DuraChill® line represents a very strong focus on quality innovation but also value, and we want to ensure our customers are really getting the best chiller at the best price.”

Q: What other innovations have emerged to address common issues customers face with poor-quality chillers?

A: Listening to customer feedback led to a solution for filter changes, which are essential for optimal function, but often overlooked. “The self-changing filter system has enough filter media to change its own filter once a month for an entire two-year period,” explains Philip. The self-changing filter system is part of the reason why Kern has integrated the DuraChill® into their laser systems.

“I think maintenance is often a thing that gets overlooked, or maybe not done on a regular basis and just to have that foolproof filter that cycles through every so often will be huge for our customers,” says Derek.

Another challenge is the presence of biological contaminants, such as algae, in the recirculating fluid. The ultraviolet (UV) sterilization system was developed to reduce biological contamination, contributing to improved heat transfer. “It [the UV system] allows you not to have to use specific chemicals that could potentially be harmful,” adds Aaron. Development of the UV system was driven, in part, by a desire to reduce the use of harmful chemicals.

“I believe it’s very important that we do our part to minimize dumping algaecide down the drain and potentially impacting aquatic life,” says Philip. “So taking this step to control biological growth in your fluid path seemed in keeping with our values.”

Q: How have chillers contributed to the evolution of the laser industry?

A: “As lasers have evolved, it’s essential that chillers evolve with them. Having a chiller that has the right heat removal, has excellent stability and a level of quality and maintenance-free operation is absolutely essential to keeping that laser up and running so the customer can make parts,” explains Philip.

Lasers are used for numerous applications, including “sign and point of purchase displays, woodworking and metal fabrication, foam fabrication, and engraving artwork,” explains Derek. “You’re seeing lasers used in more and more applications. Every day we see new applications that new customers bring to us. So, it’s fun to see new exciting opportunities and projects that they want to use the lasers for,” he adds.

Q: How are chillers sized for laser applications?

A: “We sell different laser wattages—100-watts, 150-watts, up to 400-watts—and each has a different heat load that it requires a chiller for,” says Derek.

The heat load depends on the current and voltage, “so, if you have 10,000-watts of heat load, but at the end you have a 500-watt laser, you’re going to have 9,500-watts of heat you need to remove,” explains Aaron. The wattage will then dictate the necessary horsepower of the chiller.